I'm unable to control or select anything on the remote desktop's taskbar when connected to a remote computer. 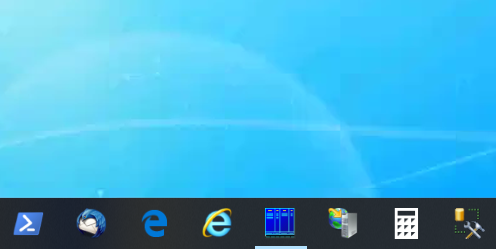 Reboot your computer. In most cases the issue should be resolved after a reboot.